Shock Wave Therapy is a safe, tolerable and effective treatment that is drug-free, surgery-free, totally non-invasive, requires no anesthesia and is performed at the ambulatory and provides long-lasting results. Shockwave targets the erectile mechanism so that men are more likely to have erections on their own.
Erectile Dysfunction (ED) is defined as “constant" total or partial inability to achieve and / or maintain an erection. Mostly occurring into over 50 years old patients, recently became a problem occurred also in younger people, erectile dysfunction is a pathology which is increasing and more than 20% men are currently suffering. Shockwaves have thus also entered the common protocols of Peyronie’s disease “Induratio Penis Plastica" disease characterized by penile fibrosis and subsequent curvature with considerable benefits also on the normal recovery of the erection as well as on the reduction of pain on erection and the extent of the plaque.
In clinical practice, the low-intensity shock waves are transmitted via a hand-piece equipped with an applicator to the penile tissue, stimulating the creation of new networks of blood vessels in the penile tissue, thus restoring an erection. This mechanism of action, called neoangiogenesis, allows the patient following a certain number of treatments to obtain a lasting erection without the use of drugs.

The non-invasiveness, the high tolerability of the treatment by the patient, the absence of side effects, the possibility of totally eliminating or reducing the use of drugs, the discretion in using the therapy, make the preferential choice for the treatment of ED by physicians and patients, it is now on low-intensity shock wave therapy.
From one of our clinical study made on 78 patients it has been observed an improvement in over 82% of treated patients with a mutual improvement into the PSV (PSystolic Peak Velocity). A follow-up made after 8 months from the treatment was confirming the above mentioned results.
The study has shown the efficacy of improvement on penile vascular hemodynamics and the benefit of vascular rehabilitation of erectile dysfunction.Patients were referring about the improvement of penile rigidity, increase in duration and improvement in patient’s quality of life satisfaction, understood as couple well-being, observed with the EDITS questionnaire in 72% of patients.

· Promotes the vascularization and elasticity of penile tissues, consequently improving the quality of erection
· Stimulates the regeneration of nerve structures responsible of erection control
· Restores the endothelium and smooth muscles

It’s reasonable to think that revascularization should be related to neocapillarogenesis coming from the repair of the membrane and due to the flow of endothelial cells in the interstitial spaces. This is why Shockwave Therapy makes metabolic changes in the affected tissues easier and faster, stimulating the reparative processes and the elasticity process of soft tissues. The advantages and applications of Shockwave Therapy are still expanding, for a method that has already significantly contributed to changing the therapeutic approach in different pathologies, helping to improve lives of thousands of patients around the world. Shockwave Therapy is in fact an absolutely non-invasive method, with very low side effects and with great possibilities to intervene on pain, edema, inflammation and tissue regeneration. 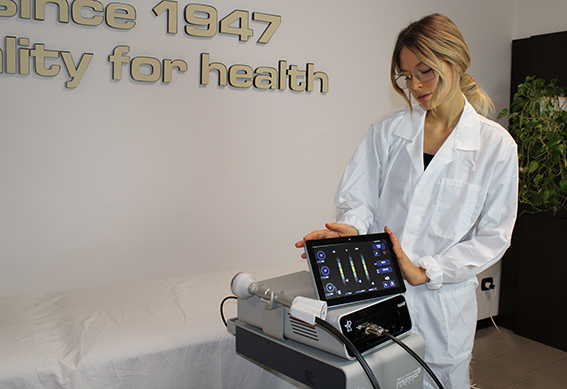 STARWAVE is a generator of Focused Extra-Corporeal ShockWaves. It’s a “controlled” shockwaves generator made for delivering approprite focused emission energy into a certain area of thje body, without using a pointing system such as sonography or RX. Energy flow is made for being effective into different layers; a special applicator is available for responding to the requirements of osteo-mio-tendineous diseases. 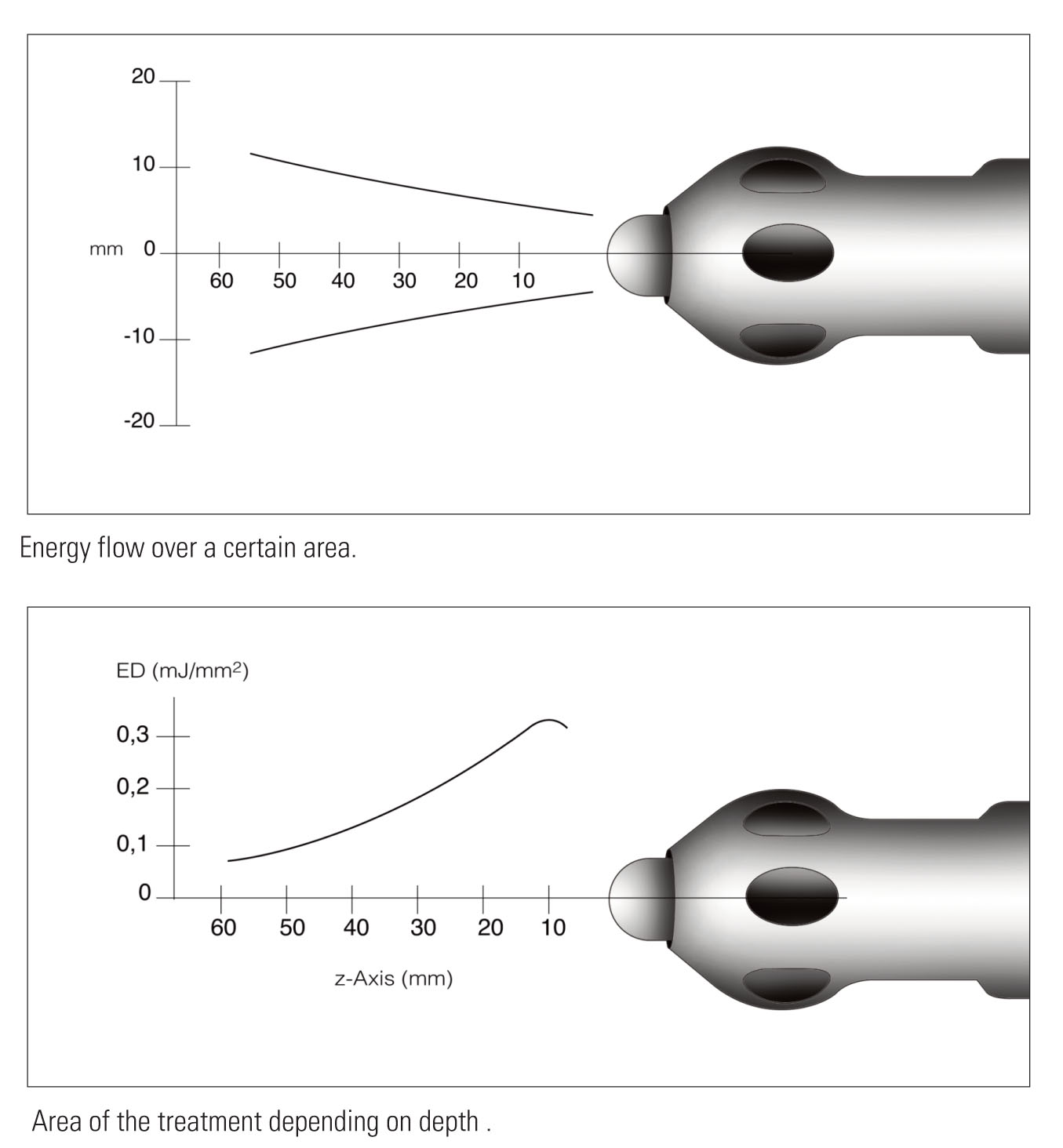 STARWAVE is a medical shock-waves therapy device using electromagnetic technology. A group of coils placed into the probe would be activated from the hi-voltage circuit of the unit itself. Electromagnetic field is moving a bullet inside the gun and hammer, thanks to the mechanical pressure, creates a shock-wave inside the propagation chamber of the applicator fixed on the top of the probe. .